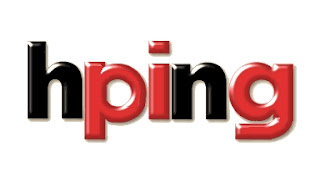 Hping is a command-line tool for assembling or analysing TCP/IP packets.The interface is inspired to the ping(8) unix command, but hping is not only able to send ICMP echo requests. It supports ICMP and RAW-IP, TCP, UDP,  protocols, has a traceroute mode, the ability to send files b/w a covered channel, and many other features.
While hping was mainly used as a security tool in the past, it can be used in many ways by people that don't care about security to test networks and hosts.
hping is most important tool that can done a lot things like :
Hping works on the following unix-like systems: Linux, FreeBSD, NetBSD, OpenBSD, Solaris, MacOs X, Windows.