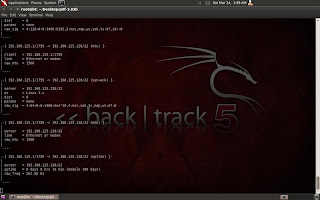 p0f is a versatile passive OS and application fingerprinter, and a tool for detecting NAT/connection sharing. It is useful for penetration testing, routine network monitoring, and forensics, and to aid abuse detection tools such as IDSes, spam filters, or honeypots. P0f is a tool that utilizes an array of sophisticated, purely passive traffic fingerprinting mechanisms to identify the players behind any incidental TCP/IP communications (often as little as a single normal SYN) without interfering in any way. Version 3 is a complete rewrite of the original codebase, incorporating a significant number of improvements to network-level fingerprinting, and introducing the ability to reason about application-level payloads (e.g., HTTP).
Some of p0f's capabilities include:
p0f can be operated in the foreground or as a daemon, and offers a simple real-time API for third-party components that wish to obtain additional information about the actors they are talking to.
Common uses for p0f include reconnaissance during penetration tests; routine network monitoring; detection of unauthorized network interconnects in corporate environments; providing signals for abuse-prevention tools; and miscellanous forensics.