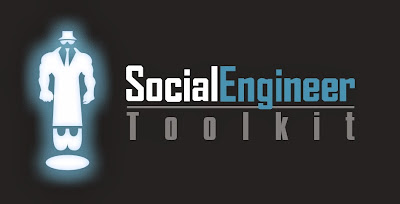 The Social-Engineer Toolkit (SET) was created and written by the founder of TrustedSec. It is an open-source Python-driven tool aimed at penetration testing around Social-Engineering. SET has been presented at large-scale conferences including Blackhat, DerbyCon, Defcon, and ShmooCon. With over two million downloads, SET is the standard for social-engineering penetration tests and supported heavily within the security community.
The Social-Engineer Toolkit has over 2 million downloads and is aimed at leveraging advanced technological attacks in a social-engineering type environment. TrustedSec believes that social-engineering is one of the hardest attacks to protect against and now one of the most prevalent. The toolkit has been featured in a number of books including the number one best seller in security books for 9 months since its release,“Metasploit: The Penetrations Testers Guide” written by TrustedSec’s founder as well as Devon Kearns, Jim O’Gorman, and Mati Aharoni.
SET is included in the latest version of the most popular Linux distribution focused on security, Back|Track.