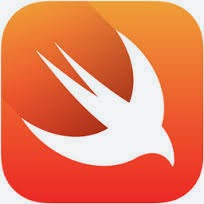 Swift is an innovative new programming language for Cocoa and Cocoa Touch. Writing code is interactive and fun, the syntax is concise yet expressive, and apps run lightning-fast. Swift is ready for your next iOS and OS X project — or for addition into your current app — because Swift code works side-by-side with Objective-C.
Swift is a new programming language for creating iOS and OS X apps. Swift builds on the best of C and Objective-C, without the constraints of C compatibility. Swift adopts safe programming patterns and adds modern features to make programming easier, more flexible, and more fun. Swift’s clean slate, backed by the mature and much-loved Cocoa and Cocoa Touch frameworks, is an opportunity to reimagine how software development works.
Swift is the result of the latest research on programming languages, combined with decades of experience building Apple platforms. Named parameters brought forward from Objective-C are expressed in a clean syntax that makes APIs in Swift even easier to read and maintain. Inferred types make code cleaner and less prone to mistakes, while modules eliminate headers and provide namespaces. Memory is managed automatically, and you don’t even need to type semi-colons.
Swift has many other features to make your code more expressive:

Playgrounds make writing Swift code incredibly simple and fun. Type a line of code and the result appears immediately. If your code runs over time, for instance through a loop, you can watch its progress in the timeline assistant. The timeline displays variables in a graph, draws each step when composing a view, and can play an animated SpriteKit scene. When you’ve perfected your code in the playground, simply move that code into your project. With playgrounds, you can:
Read-Eval-Print-Loop (REPL). The debugging console in Xcode includes an interactive version of the Swift language built right in. Use Swift syntax to evaluate and interact with your running app, or write new code to see how it works in a script-like environment. Available from within the Xcode console, or in Terminal.

Swift eliminates entire classes of unsafe code. Variables are always initialized before use, arrays and integers are checked for overflow, and memory is managed automatically. Syntax is tuned to make it easy to define your intent — for example, simple three-character keywords define a variable (var) or constant (let).
The safe patterns in Swift are tuned for the powerful Cocoa and Cocoa Touch APIs. Understanding and properly handling cases where objects are nil is fundamental to the frameworks, and Swift code makes this extremely easy. Adding a single character can replace what used to be an entire line of code in Objective-C. This all works together to make building iOS and Mac apps easier and safer than ever before.

From its earliest conception, Swift was built to be fast. Using the high-performance LLVM compiler, Swift code is transformed into optimized native code, tuned to get the most out of modern Mac, iPhone, and iPad hardware. The syntax and standard library have also been tuned to make the most obvious way to write your code also perform the best.
Swift takes the best features from the C and Objective-C languages. It includes low-level primitives such as types, flow control, and operators. It also provides object-oriented features such as classes, protocols, and generics, giving Cocoa and Cocoa Touch developers the performance and power they demand.

You can begin using Swift code immediately to implement new features in your app, or enhance existing ones. New Swift code co-exists along side your existing Objective-C files in the same project, making it easy to adopt. And when iOS 8 and OS X Yosemite are released this fall, you can submit apps that use Swift to the App Store and Mac App Store.