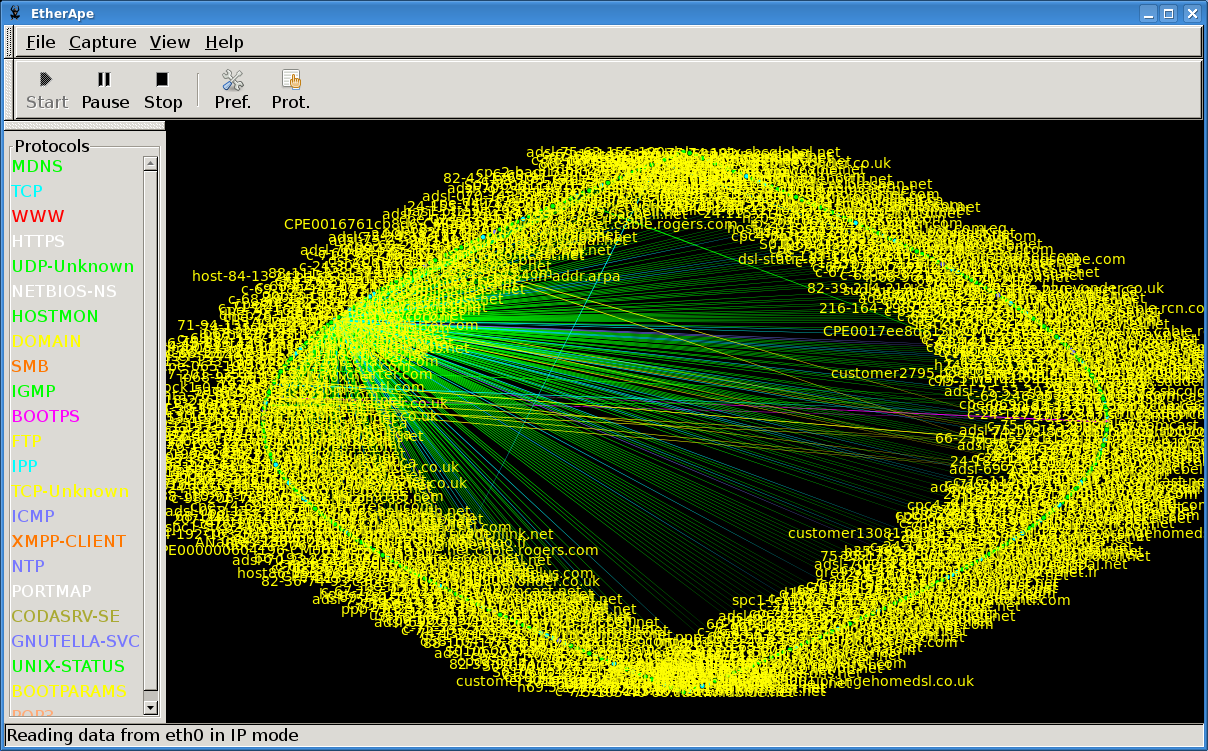 EtherApe is a graphical network monitor for Unix modeled after etherman. Featuring link layer, IP and TCP modes, it displays network activity graphically. Hosts and links change in size with traffic. Color coded protocols display.
It supports Ethernet, FDDI, Token Ring, ISDN, PPP, SLIP and WLAN devices, plus several encapsulation formats. It can filter traffic to be shown, and can read packets from a file as well as live from the network. Node statistics can be exported.
As of version 0.9.13, EtherApe as these features, in no particular order: