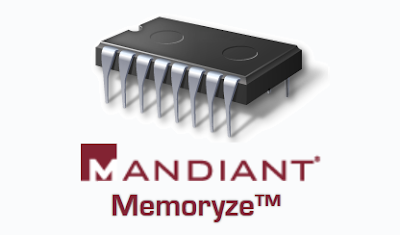 Mandiant’s Memoryze is free memory forensic software that helps incident responders find evil in live memory. Memoryze can acquire and/or analyze memory images, and on live systems, can include the paging file in its analysis.

Mandiant’s Memoryze can perform all these functions on live system memory or memory image files – whether they were acquired by Memoryze or other memory acquisition tools.
Memoryze officially supports:
* means support for a new operating system without experience on millions of host
In order to visualize Memoryze’s output, please download Redline™ or use an XML viewer.  Redline is Mandiant’s premier free tool for investigating hosts for signs of malicious activity through memory and file analysis, and the development of a threat assessment profile.